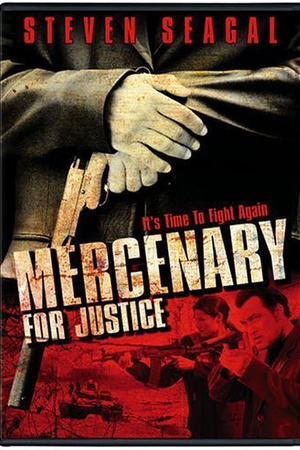 Is Mercenary for Justice on Netflix United States?

Sorry, Mercenary for Justice (2006) isn't available on Netflix United States, but is available in a different country. Still want to view it? click here.

A mercenary gets involved in a mission that threatens the lives of his kin. In order to succeed, he must break into one of the most wellguarded prisons in Eastern Europe and free the son of the most notorious drug lord in the world today. After being blackmailed into pulling off an impossible prison break, tough-talking mercenary John Seeger reluctantly prepares to lead a team of heavily armed soldiers to free the son of a billionaire arms magnate from bondage.

Check the Mercenary for Justice (2006) trailer!