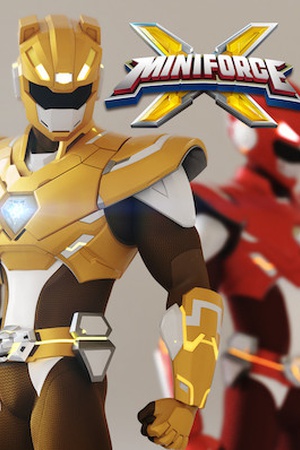 Zenos who was once defeated by space cops, is not dead yet. Hundreds of years later, a space pirate gang DanDanDan (Kara, Dante, and Dancho) finds Zenos being confined in Asteroid Crete. ... Zenos wants to use the Earth’s negative energy for his own good -- and it's up to Miniforce X to stop this space alien’s evil plans.