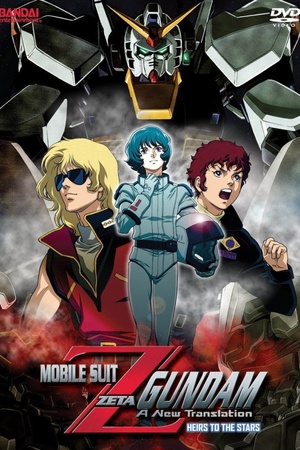 Is Mobile Suit Z Gundam: A New Translation - Heirs to the Stars on Netflix United States?

Sorry, Mobile Suit Z Gundam: A New Translation - Heirs to the Stars (2004) isn't available on Netflix United States, but is available in a different country. Still want to view it? click here.

10 years after the One Year War Camille Bidan becomes involved in the conflict against the Titans as the pilot of Zeta Gundam. A troubled teen is thrust into a war between an evil faction of the Earth Federation and a resistant group when he accidentally steals a Gundam Mk-II.