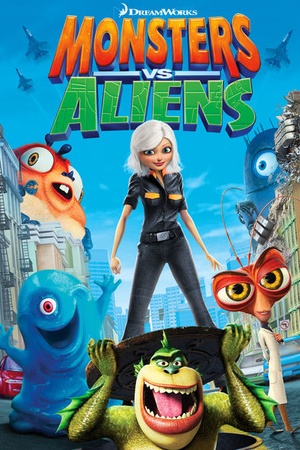 Is Monsters vs. Aliens on Netflix United States?

Yes! Monsters vs. Aliens (2009) is available on Netflix United States.

A woman transformed into a giant after she is struck by a meteorite on her wedding day becomes part of a team of monsters sent in by the U.S. government to defeat an alien mastermind trying to take over Earth. After Susan Murphy is struck by a meteor and grows to be 50 feet tall, she's captured by the government and shuttled to a secret compound.