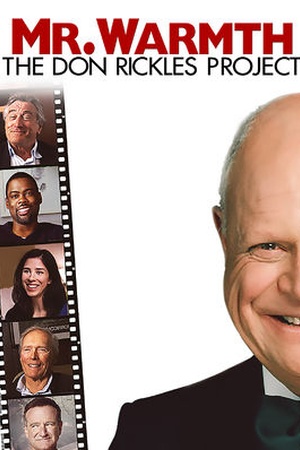 Sorry, Mr. Warmth: The Don Rickles Project (2007) isn't available on Netflix United States, but is available in a different country.

This terrific feature film comedy reveals the background of one of the legends of comedy, Don Rickles. Hailed by some of today's biggest comedians as one of the classics, who they aspire to... This portrait of legendary comedian Don Rickles blends clips of Rickles&#39;s TV appearances with footage from his stand-up routine and interviews.