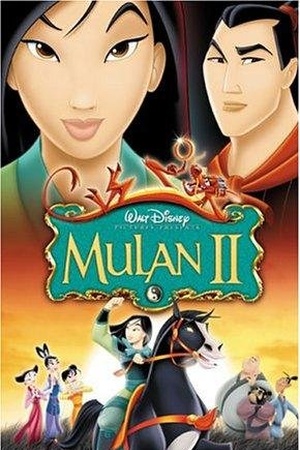 
Is Mulan on Netflix United States?

Sorry, Mulan is not yet available on Netflix.

While preparing for their wedding, Shang and Mulan are suddenly sent off on a secret mission. Mushu starts to meddle, and a surprise attack by Mongolians doesn't help either. Based on an ancient Chinese poem, the legend of Mulan beautifully unfolds in Disney’s 36th animated classic! Full of daring adventure, hilarious characters and inspiring music, this new edition celebrates honour, courage and a young girl’s quest to be true to her own heart. Beautiful and clever Mulan proves her worth outside of her tradition-bound society when, disguised as “Ping,” she bravely takes her father’s place in the Imperial Army. Helped by her outrageously funny guardian dragon Mushu and a lucky cricket named Cri-Kee, Mulan strives to earn the respect of her fellow warriors and their handsome Captain Shang. A climactic battle atop the Imperial Palace is where her family’s honour and the fate of the Emperor and all of China rest in her hands!