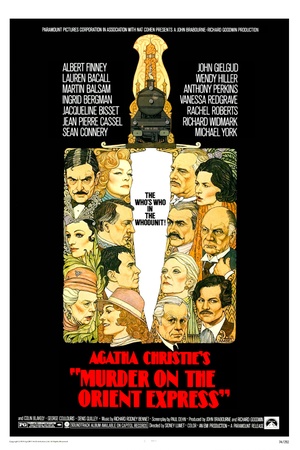 Is Murder on the Orient Express on Netflix United States?

Sorry, Murder on the Orient Express (1974) isn't available on Netflix United States, but is available in a different country.

When a passenger is found dead aboard the Orient Express, investigator Hercule Poirot sifts through an eccentric group of suspects to find the killer. In December 1935, when his train is stopped by deep snow, detective Hercule Poirot is called on to solve a murder that occurred in his car the night before. Elegant, escapist entertainment at its stylishly European best. This Agatha Christie whodunit boasts an incredible international cast as some of the most wonderfully eccentric characters ever created. Ingrid Bergman won an Oscar for her slightly dim-witted, Bible-quoting Swedish missionary. Albert Finney is the dapper detective Hercule Poirot, for whom murder-solving is a precise, intellectual exercise. Poirot agrees to interview all aboard the famous train's Calais coach, hoping to find the killer of an American millionaire before the local police arrive. Packed with sparkling dialogue and visually rich in texture, this incomparable thriller received six Academy Award nominations.

Check the Murder on the Orient Express (1974) trailer!