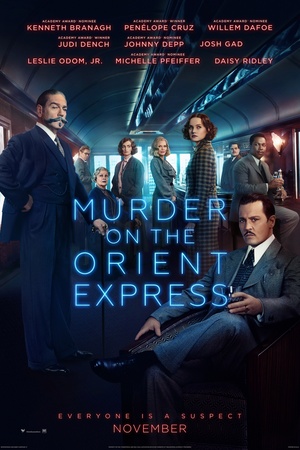 Is Murder On the Orient Express on Netflix United States?

Sorry, Murder On the Orient Express (2017) isn't available on Netflix United States, but is available in a different country.

In this Agatha Christie mystery, when a murder takes place on the famed Orient Express train, world-renowned detective Hercule Poirot takes the case. When a murder occurs on the train on which he's travelling, celebrated detective Hercule Poirot is recruited to solve the case. Kenneth Branagh directs and leads an all-star cast, including Johnny Depp, Penélope Cruz, Willem Dafoe and Judi Dench, in this stylish, suspenseful and thrilling mystery based on the best-selling novel by Agatha Christie. Everyone’s a suspect when a murder is committed on a lavish train ride, and a brilliant detective must race against time to solve the puzzle before the killer strikes again.