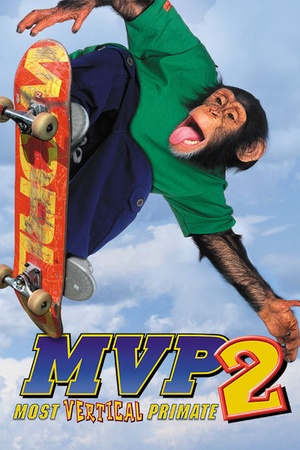 Is MVP 2: Most Vertical Primate on Netflix United States?

Sorry, MVP 2: Most Vertical Primate (2001) isn't available on Netflix United States, but is available in a different country. Still want to view it? click here.

It seems that Jack's hockey skills translate directly into tearing up the halfpenny and popping sick grinds. With his new buddy Ben by his side Jack takes off on a cross-country skateboard competition tour with hilarious results. Drafted by the Seattle Simians hockey team, Jack the chimpanzee is set up by a rival coach and forced to wander the streets, hunted by animal control.