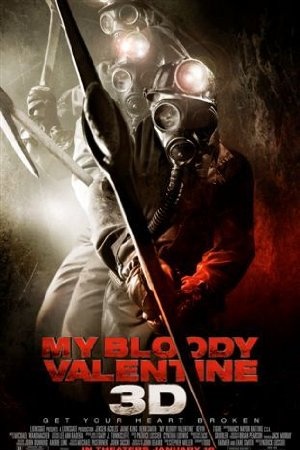 Is My Bloody Valentine on Netflix United States?

Yes! My Bloody Valentine (2009) is available on Netflix United States.

Tom returns to his hometown on the tenth anniversary of the Valentine's night massacre that claimed the lives of 22 people. Instead of a homecoming, Tom finds himself suspected of committing the murders, and it seems like his old flame is the only one that believes he's innocent. Haunted by a massacre that took place years ago, Tom returns to his hometown only to find that a pickax-wielding madman has begun a new killing spree.

Check the My Bloody Valentine (2009) trailer!