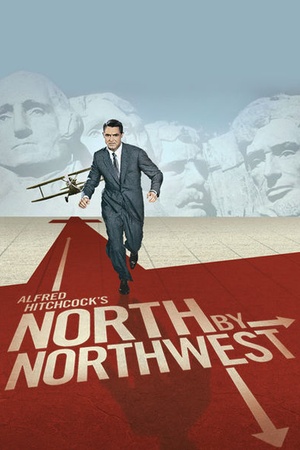 Is North By Northwest on Netflix United States?

Sorry, North By Northwest (1959) isn't available on Netflix United States, but is available in a different country.

A New York City advertising executive goes on the run after being mistaken for a government agent by a group of foreign spies. What if everyone was convinced you were a spy? An advertising executive who looks like someone else is forced to go on the lam. Selected as one of the top 50 American films of all time by the prestigious American Film Institute, and considered by many critics to be Hitchcock's greatest film, this fast-paced thriller stars Oscar-winner Cary Grant ("Notorious," "The Philadelphia Story") as a Madison Avenue advertising exec who is mistaken for someone else and kidnapped by a group of international spies, headed by James Mason ("A Star Is Born," "Lolita"). After a hair-raising escape, he is framed for a murder he didn't commit and goes on the run with the lovely Eva Marie Saint ("Superman Returns," "On the Waterfront"). Famous for a wild plane attack and a harrowing chase across the faces of Mount Rushmore, this is quintessential Hitchcock ("Psycho," "The Birds"). With Academy Award-winner Martin Landau ("Ed Wood," "The Majestic") as Mason's evil henchman, this film is the rare combination of action, suspense and humor.

Check the North By Northwest (1959) trailer!