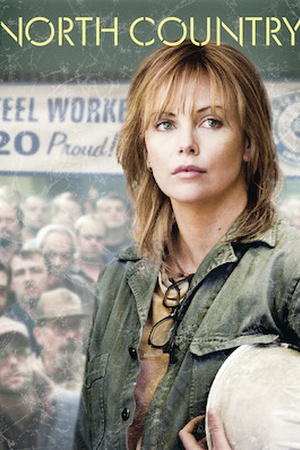 Sorry, North Country (2005) isn't available on Netflix United States, but is available in a different country.

A fictionalized account of the first major successful sexual harassment case in the United States, Jenson vs. Eveleth Mines, where a woman who endured a range of abuse while working as a miner filed and won the landmark 1984 lawsuit. A group of women in the Minnesota iron mines decide to stand up against harassment from their male co-workers in this drama based on a true story.