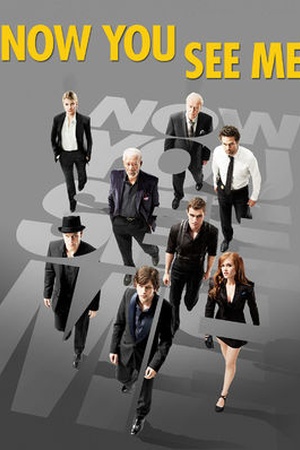 Is Now You See Me on Netflix United States?

Sorry, Now You See Me (2013) isn't available on Netflix United States, but is available in a different country. Still want to view it? click here.

An F.B.I. Agent and an Interpol Detective track a team of illusionists who pull off bank heists during their performances, and reward their audiences with the money. Mark Ruffalo, Woody Harrelson, Dave Franco, Morgan Freeman, and Jesse Eisenberg give astonishing performances in this visually stunning thriller from the director of CLASH OF THE TITANS. As individual performers, these magicians are amazing. But once they join forces, they begin captivating an international audience with a series of bold, original heists—all the while pursuing a secret agenda that has the FBI and Interpol scrambling to anticipate what their next spectacular crime will be. A troupe of brainy illusionists specialize in stealing from banks and giving the cash to their audiences, all while outwitting a team of FBI agents.