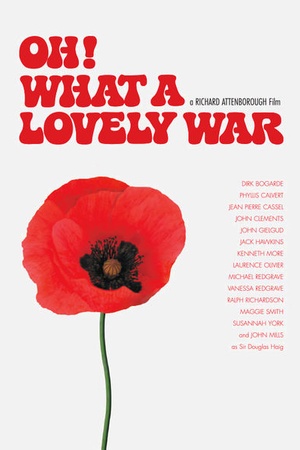 Is Oh! What a Lovely War on Netflix United States?

Sorry, Oh! What a Lovely War (1969) isn't available on Netflix United States, but is available in a different country.

The working-class Smiths change their initially sunny views on World War I after the three boys of the family witness the harsh reality of trench warfare. Based on the stage musical of the same name, director Richard Attenborough's wry satire is structured around a series of evocative vignettes that focus on the members of the Smith family during World War I.