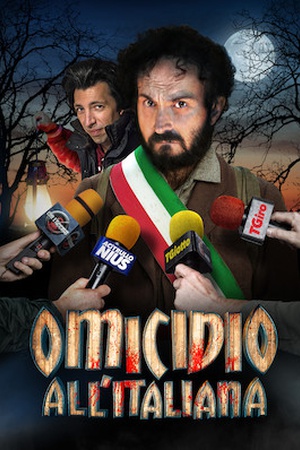 Sorry, Omicidio all'italiana (2017) isn't available on Netflix United States, but is available in a different country.

To save his small town from being left by the last inhabitants, the Mayor organizes a false case of murder to attract media attention. His plan initially succeeds, but soon the situation will go out of control. When a small town countess chokes to death, a desperate mayor decides to fake her murder in order to bring some attention to his dying village.