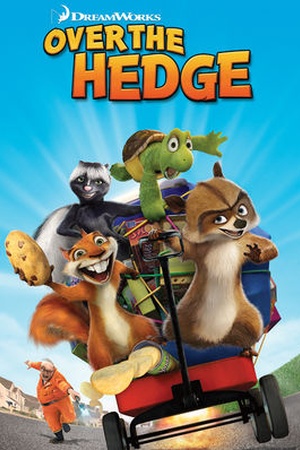 Is Over the Hedge on Netflix United States?

Sorry, Over the Hedge (2006) isn't available on Netflix United States, but is available in a different country. Still want to view it? click here.

A scheming raccoon fools a mismatched family of forest creatures into helping him repay a debt of food, by invading the new suburban sprawl that popped up while they were hibernating...and learns a lesson about family himself. A group of hungry critters led by RJ the raccoon (Bruce Willis) plot to make their way over a giant hedge that was built to separate the woodland animals from their usual treasure trove of snack food. The gang sets out to overcome the new divide in hopes of pleasing a hungry bear – and themselves. Awakening from a long winter nap to find a subdivision in their backyard, a colony of critters is forced to face its worst fear: humans.