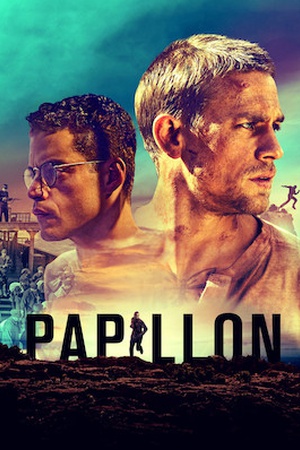 Is Papillon on Netflix United States?

Sorry, Papillon (2017) isn't available on Netflix United States, but is available in a different country. Still want to view it? click here.

Framed and condemned to a penal colony in French Guiana, a safecracker bonds with a counterfeiter and fellow prisoner in a dangerous quest for freedom. Wrongfully convicted for murder, Henri Charriere forms an unlikely relationship with fellow inmate and quirky convicted counterfeiter Louis Dega, in an attempt to escape from the notorious penal colony on Devil's Island.