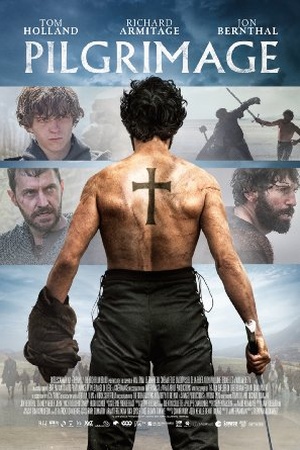 Is Pilgrimage on Netflix United States?

Sorry, Pilgrimage (2017) isn't available on Netflix United States, but is available in a different country. Still want to view it? click here.

In 13th-century Ireland, a group of monks must escort a sacred relic across a landscape fraught with peril. In 13th-century Ireland, a motley group of monks takes on a perilous mission to deliver a precious ancient relic to Rome. IN THEATERS NOW - Leaving his Irish monastery for the first time, a young novice (Tom Holland, Spiderman: Homecoming) departs with a devoted group of monks and a mysterious former Crusader (Jon Bernthal, “The Punisher”) as they attempt to transport a holy relic to Rome. Threatened at every turn by savage tribes, traitorous Norman soldiers and those that seek the power they believe the relic holds, the young man finds surprising courage while faced with deadly challenges that will push his body, mind and spirit to the breaking point.