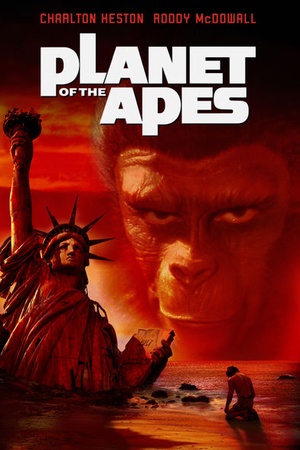 Is Planet of the Apes on Netflix United States?

Sorry, Planet of the Apes (1968) isn't available on Netflix United States, but is available in a different country. Still want to view it? click here.

An astronaut crew crash-lands on a planet in the distant future where intelligent talking apes are the dominant species, and humans are the oppressed and enslaved. Bewildered astronaut George Taylor crash-lands on a strange planet ruled by intelligent apes who use primitive humans for experimentation and sport. Charlton Heston and Roddy McDowall star in this legendary science fiction masterpiece. Astronaut Taylor (Heston) crash lands on a distant planet ruled by apes who use a primitive race of humans for experimentation and sport. Soon Taylor finds himself among the hunted, his life in the hands of a benevolent chimpanzee scientist (McDowall).