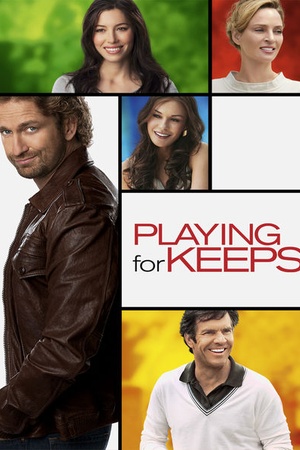 Is Playing for Keeps on Netflix United States?

Sorry, Playing for Keeps (2012) isn't available on Netflix United States, but is available in a different country. Still want to view it? click here.

A former sports star who's fallen on hard times starts coaching his son's football team as a way to get his life together. His attempts to become an adult are met with challenges from the attractive football moms who pursue him at every turn. A washed-up, former soccer star attempts to rebuild his relationship with his son and ex-wife by coaching his son's soccer team.