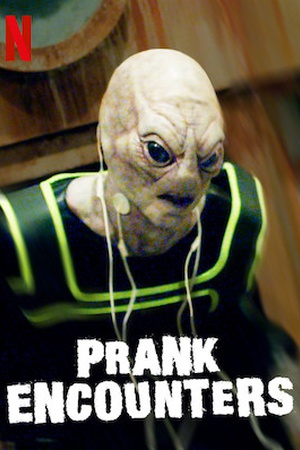 takes two complete strangers who each think they're starting their first day at a new job. It's business as usual until their paths collide and these part-time jobs turn into full-time nightmares. Monstrous frights meet hilarious reveals on this hidden-camera prank show as real people become the stars of their own full-blown horror movie.