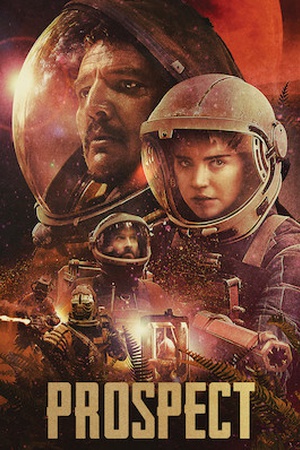 Is Prospect on Netflix United States?

Sorry, Prospect (2018) isn't available on Netflix United States, but is available in a different country.

A teenage girl and her father travel to a remote alien moon, aiming to strike it rich. They've secured a contract to harvest a large deposit of the elusive gems hidden in the depths of the moon's toxic forest. But there are others roving the wilderness and the job quickly devolves into a fight to survive. Forced to contend not only with the forest's other ruthless inhabitants, but with her own ... A father and daughter travel to an alien moon in search of a valuable gem but are forced to alter their plans when a nefarious outlaw gets involved.