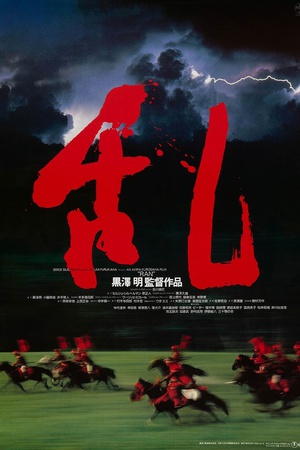 Is Ran on Netflix United States?

Sorry, Ran (1985) isn't available on Netflix United States, but is available in a different country. Still want to view it? click here.

In Medieval Japan, an elderly warlord retires, handing over his empire to his three sons. However, he vastly underestimates how the new-found power will corrupt them and cause them to turn on each other...and him. Director Akira Kurosawa re-envisions Shakespeare's tragedy 'King Lear' through the eyes of a warlord who transfers his kingdom to his eldest son.