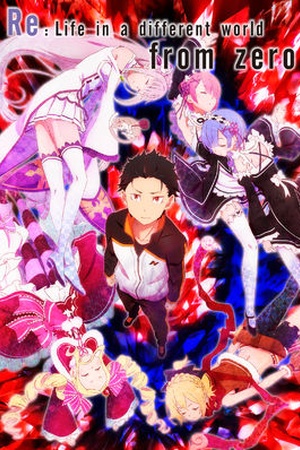 Is Re: Life in a different world from zero on Netflix United States?

Shortly after being summoned to a new world, Subaru Natsuki and his new female companion are brutally murdered. But then he awakes to find himself in the same alley, with the same thugs, the same girl, and the day begins to repeat. On his way home from the convenience store, teenager Subaru Natsuki is transported to another world, where he gains the power to reverse time by dying.

Check the Re: Life in a different world from zero (2016) trailer!