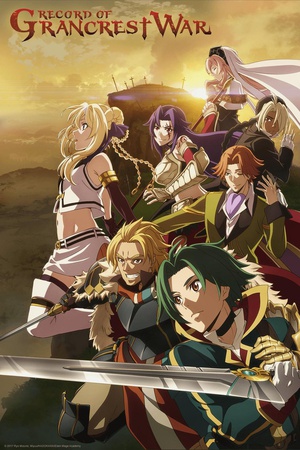 Is Record of Grancrest War on Netflix United States?

In the Atlatan continent, demons from another dimension called Chaos invaded which the nobility fought back using Crests, which gave them superhuman powers. However, rather than join forces... Lone mage Siluca wanders the land of Atlatan, disgusted by its greedy nobility. When she meets knight errant Theo, she sees a chance to create peace.