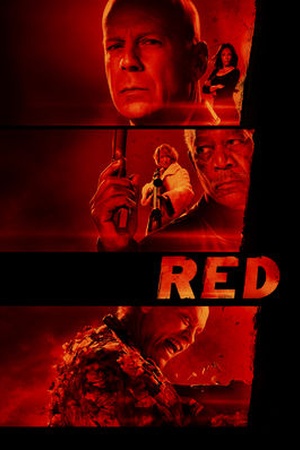 Is RED on Netflix United States?

Sorry, RED (2010) isn't available on Netflix United States, but is available in a different country. Still want to view it? click here.

When his peaceful life is threatened by a high-tech assassin, former black-ops Agent Frank Moses (Bruce Willis) reassembles his old team in a last ditch effort to survive and uncover his assailants. Retired agent Frank Moses leads a quiet—some might say boring—life, gardening and finding excuses to chat on the phone with Sarah, a 30-something federal pension worker. But his peaceful existence is shattered when three hit men show up in his house, and Frank must call on every ounce of his past training to escape with his life. Knowing that whoever’s trying to kill him will likely target those he cares for, Frank snatches Sarah from her home and flees, struggling to stay one step ahead of his deadly pursuers. But when Frank and Sarah begin digging into the identity of his attackers, they discover Frank is on a hit list along with several of his former CIA cohorts—and that the organization ordering the killings is none other than the Agency itself. Someone at the CIA wants him dead. But who? And why? Going on the offensive, Frank rounds up an unlikely crew of his past agency sidekicks, including the paranoid Marvin, the loyal Joe and the lovely Victoria. With the Agency hot on their trails, Frank and his team must do everything they can to solve the mystery before it’s too late—and hopefully instil in their assailants some of the old-school code of honor by which they still choose to live. Former CIA operative Frank Moses is basking in normality. But he's forced to return to old habits when an assassin puts a target on his back.