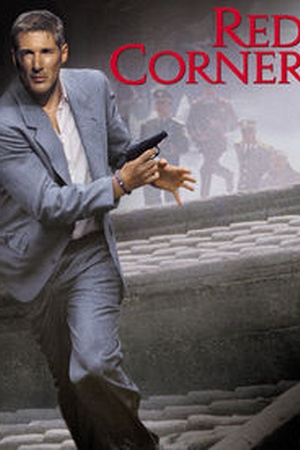 Sorry, Red Corner (1997) isn't available on Netflix United States, but is available in a different country.

An American attorney on business in China is wrongfully arrested and put on trial for murder, with a female defense lawyer from the country the only key to proving his innocence. An American businessman finds himself charged with murder and thrown headlong into China&#39;s nightmarish legal system in this tense thriller.