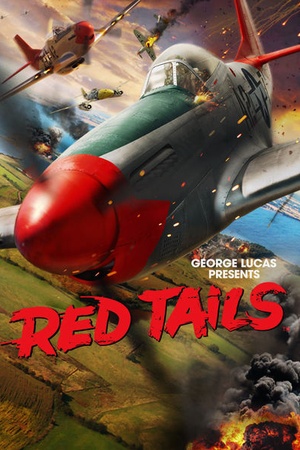 Sorry, Red Tails (2012) isn't available on Netflix United States, but is available in a different country.

A crew of African American pilots in the Tuskegee training program, having faced segregation while kept mostly on the ground during World War II, are called into duty under the guidance of Col. A.J. Bullard. An all-black World War II unit made up of the best U.S. escort pilots fights racism at home while fighting the Nazis abroad in this fact-based drama.