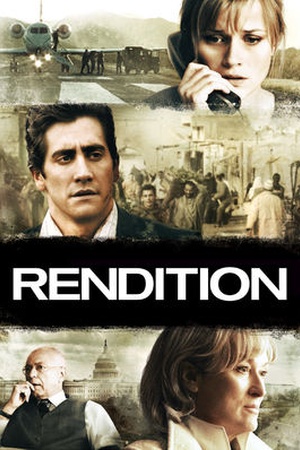 Is Rendition on Netflix United States?

Sorry, Rendition (2007) isn't available on Netflix United States, but is available in a different country.

When a terrorist bombing in North Africa kills 19 incl. an American, an Egyptian chemical engineer flying from South Africa to his wife in USA, is arrested upon arriving USA. He disappears. His wife asks senator for help. Suspected of terrorism, an Egyptian-born man 'vanishes' and is taken to a secret prison, while his wife desperately tries to uncover his whereabouts.