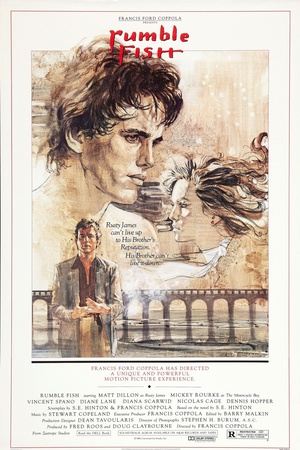 Sorry, Rumble Fish (1983) isn't available on Netflix United States, but is available in a different country.

Rusty James, an absent-minded street thug struggles to live up to his legendary older brother's reputation, and longs for the days when gang warfare was going on. An emotional teen living in the shadow of his older brother, the former leader of his small-town gang, longs for the bygone days of street warfare.