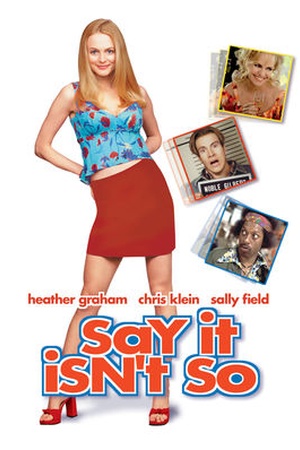 Is Say It Isn't So on Netflix United States?

Sorry, Say It Isn't So (2001) isn't available on Netflix United States, but is available in a different country.

Jo and Gilly date. They find out they're brother and sister. Jo moves away. Gilly finds out that he's not Jo's brother and that Jo's getting married. Can he stop the wedding in time? Likable but dorky animal-control officer Gilly Noble meets hairstylist Jo Wingfield when she gives him a trim (and lops off part of his ear). After they fall in love and get engaged, Gilly discovers he may be Jo&#39;s long-lost brother!