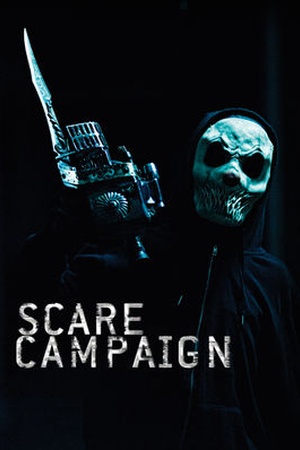 Sorry, Scare Campaign (2016) isn't available on Netflix United States, but is available in a different country.

A group of people run a TV show where they set up locations to scare people. Things go horribly wrong when the producer wants them to get darker as they set up an asylum to spook the new target: a creepy guy who used to work there. Members of a hidden-camera prank show team suddenly face the terrifying possibility that someone may have turned the tables on them.