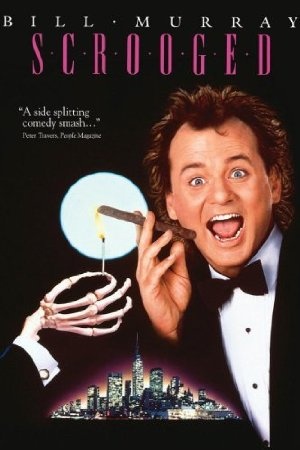 Is Scrooged on Netflix United States?

Sorry, Scrooged (1988) isn't available on Netflix United States, but is available in a different country.

A network TV president is perhaps the most cold-hearted man ever, but his holiday spirit is given a painful booster shot by three vengeful ghosts. In this darkly comic updating of Charles Dicken's Christmas classic "A Christmas Carol," Bill Murray portrays Frank Cross, an evil, crass, executive who caters to the lowest-of-the-lowest common denominators, firing people whenever he wants to and for the flimsiest of reasons. Therefore, to change his cruel and tasteless ways, Cross is taken on a trip through his past to his future, accompanied by ghosts David Johansen and Carol Kane, so that he can achieve redemption. A cold-hearted TV exec is about to discover the true meaning of Christmas -- the hard way -- in this wild, woolly spin on Dickens's A Christmas Carol. A selfish, cynical television executive is haunted by three spirits bearing lessons on Christmas Eve.