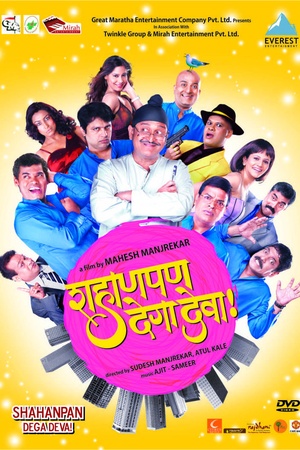 Shahanpan Dega Devaa was released in 2010. Produced by Mirah Entertainment Pvt. Ltd. & directed by Sudesh Manjarekar. The plot of the movie is a comical ride as the city's safety rests on the shoulders of 5 lunatics from a mental asylum. At large in the city, five inmates of a mental asylum run up against the insanity of the outside world while trying to prevent a terrorist plot.