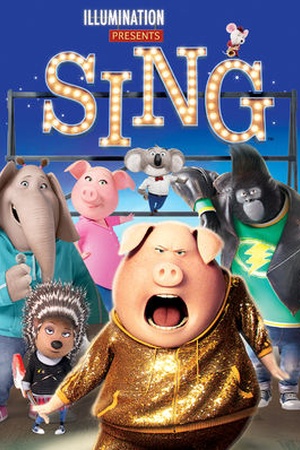 Is Sing on Netflix United States?

In a city of humanoid animals, a hustling theater impresario's attempt to save his theater with a singing competition becomes grander than he anticipates even as its finalists find that their lives will never be the same. An optimistic koala tries to save his theater with a singing contest featuring a timid elephant, a teenage gorilla, an overworked sow and more. Set in a world like ours but entirely inhabited by animals, Illumination Entertainment's Sing stars Buster Moon (Academy Award® winner Matthew McConaughey), a dapper koala who presides over a once-grand theater that has fallen on hard times. Buster is an eternal—some might even say delusional—optimist who loves his theater above all and will do anything to preserve it. Now faced with the crumbling of his life's ambition, he has one final chance to restore his fading jewel to its former glory by producing the world's greatest singing competition. From writer/director Garth Jennings, Sing is produced by Illumination Entertainment founder and CEO Chris Meledandri and his longtime collaborator Janet Healy. Sing is released by Universal Pictures.