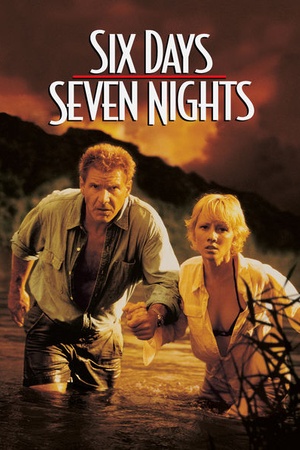 Robin Monroe, a New York magazine editor, and the gruff pilot Quinn Harris must put aside their mutual dislike if they are to survive after crash landing on a deserted South Seas island. After their plane crash-lands on a deserted tropical isle, a grouchy charter pilot and a vacationing fashion editor prove that opposites attract.