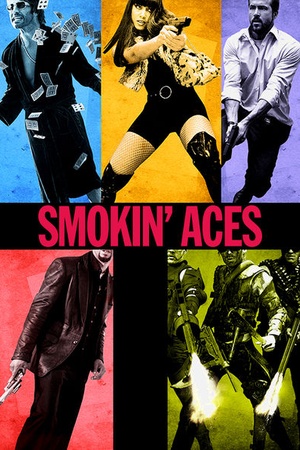 Sorry, Smokin' Aces (2006) isn't available on Netflix United States, but is available in a different country. Still want to view it? click here.

When a Las Vegas performer-turned-snitch named Buddy Israel decides to turn state's evidence and testify against the mob, it seems that a whole lot of people would like to make sure he's no longer breathing. An FBI agent must protect a Vegas magician-turned-federal witness when the snitch wants one last hurrah before entering protective custody.