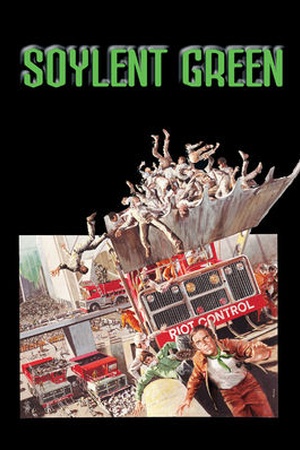 Sorry, Soylent Green (1973) isn't available on Netflix United States, but is available in a different country.

Charlton Heston stars as a gumshoe investigating the murder of an executive whose company makes a nutritious synthetic food called Soylent Green. In the world ravaged by the greenhouse effect and overpopulation, an NYPD detective investigates the murder of a big company CEO.