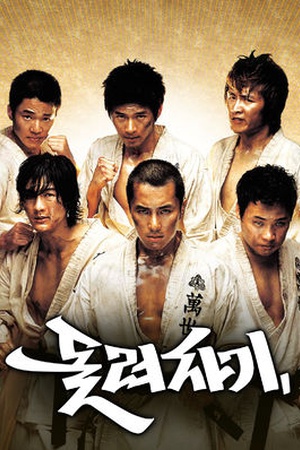 Sorry, Spin Kick (2004) isn't available on Netflix United States, but is available in a different country.

A school director is forced to train the 'worst' students of his school to master Taekwondo as the old coach, taking along the best of his athletes, left the school. After a fight sends the taekwondo team to the hospital, a high school gang is forced to take their place in the national prelims to avoid expulsion.