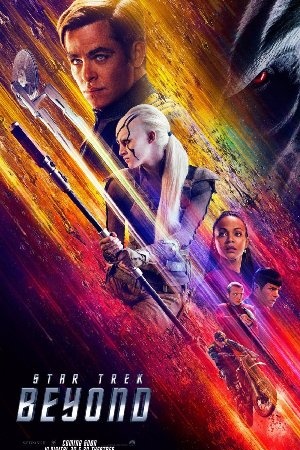 Is Star Trek Beyond on Netflix United States?

Sorry, Star Trek Beyond (2016) isn't available on Netflix United States, but is available in a different country. Still want to view it? click here.

The crew of the USS Enterprise explores the furthest reaches of uncharted space, where they encounter a new ruthless enemy, who puts them, and everything the Federation stands for, to the test. After an alien seeking revenge on Starfleet destroys the Enterprise and maroons its crew on a lost planet, Capt. Kirk must prevent another attack. From Director Justin Lin and Producer J.J. Abrams comes one of the best-reviewed action movies of the year. Dispatched on a rescue mission to the farthest reaches of space, the USS Enterprise is ambushed by Krall, a ruthless enemy sworn against the Federation. Crash-landing on an uncharted hostile world, Captain Kirk, Spock and the crew are separated with no means of escape.  Only Jaylah, a rebellious alien warrior, can help them reunite and find a way off the planet in a race against time to stop Krall’s deadly army from triggering all-out galactic war.