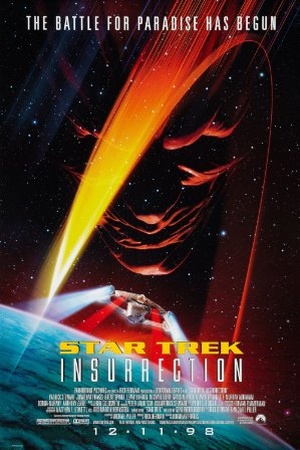 Capt. Picard and the Enterprise crew unravel a conspiracy regarding a world where metaphasic radiation has halted the aging process of its citizens. When the crew of the Enterprise learn of a Federation conspiracy against the inhabitants of a unique planet, Captain Picard begins an open rebellion.