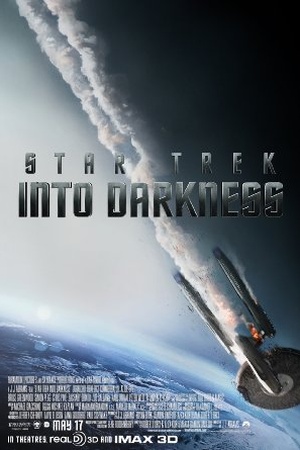 Is Star Trek Into Darkness on Netflix United States?

Sorry, Star Trek Into Darkness (2013) isn't available on Netflix United States, but is available in a different country. Still want to view it? click here.

After the crew of the Enterprise find an unstoppable force of terror from within their own organization, Captain Kirk leads a manhunt to a war-zone world to capture a one-man weapon of mass destruction. J.J. Abrams STAR TREK INTO DARKNESS is the best-reviewed blockbuster of the year. When a ruthless mastermind known as Khan (Benedict Cumberbatch) declares a one-man war on the Federation, Captain Kirk (Chris Pine), Spock (Zachary Quinto), and the daring crew of the U.S.S. Enterprise will embark on the greatest manhunt in history. It will take all of their skills and teamwork to defend Earth and eliminate Khan’s threat in this “sleek, thrilling epic.” (Owen Gleiberman, Entertainment Weekly) The 'Star Trek' reboot continues with this action sequel that finds Kirk and Spock fighting a terrorist threat to Starfleet aided by an unlikely ally.