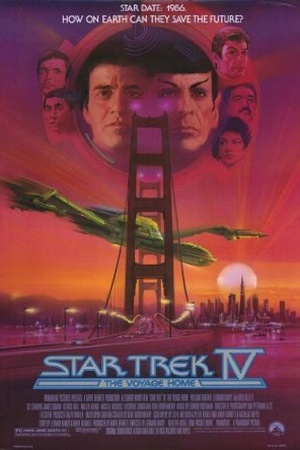 Sorry, Star Trek IV: The Voyage Home (1986) isn't available on Netflix United States, but is available in a different country.

To save Earth from an alien probe, Admiral James T. Kirk and his fugitive crew go back in time to San Francisco in 1986 to retrieve the only beings who can communicate with it: humpback whales. In the 23rd century, a mysterious power is threatening Earth. To save mankind, the Enterprise crew travels back in time to 1986 San Francisco.