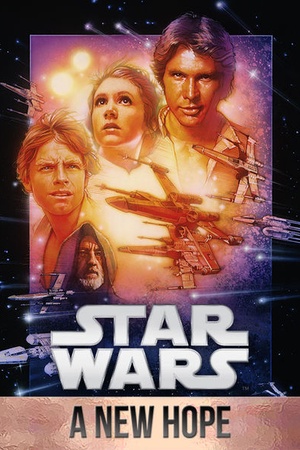 Luke Skywalker joins forces with a Jedi Knight, a cocky pilot, a Wookiee and two droids to save the galaxy from the Empire's world-destroying battle station, while also attempting to rescue Princess Leia from the mysterious Darth Vader. Obi-Wan Kenobi guides intrepid Luke Skywalker on a valiant bid to save Princess Leia from Darth Vader in a classic battle between good and evil.