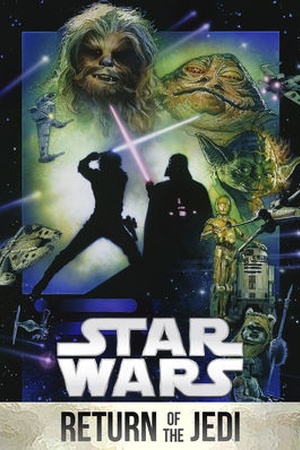 Is Star Wars: Return of the Jedi on Netflix United States?

Sorry, Star Wars: Return of the Jedi (1983) isn't available on Netflix United States, but is available in a different country.

The epic original trilogy concludes as Rebel forces launch a last stand against the Empire and Luke Skywalker faces Darth Vader in a fateful showdown. Experience the triumph of the Force in Star Wars: Episode VI - Return of the Jedi. In the epic conclusion of the saga, the Empire prepares to crush the Rebellion with a more powerful Death Star while the Rebel fleet mounts a massive attack on the space station. Luke Skywalker confronts Darth Vader in a final climactic duel before the evil Emperor.