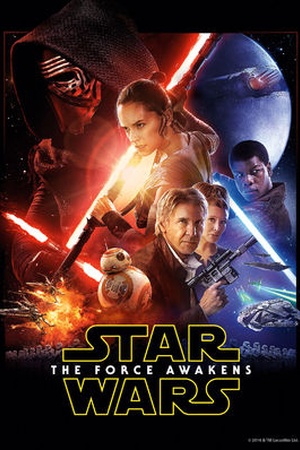 Is Star Wars: The Force Awakens on Netflix United States?

Sorry, Star Wars: The Force Awakens (2015) isn't available on Netflix United States, but is available in a different country. Still want to view it? click here.

As a new threat to the galaxy rises, Rey, a desert scavenger, and Finn, an ex-stormtrooper, must join Han Solo and Chewbacca to search for the one hope of restoring peace. With the dark side ascendant once more, the Force arises in new hero Rey, whose droid carries the key to locating legendary Jedi Luke Skywalker. Visionary director J.J. Abrams brings to life the motion picture event of a generation. As Kylo Ren and the sinister First Order rise from the ashes of the Empire, Luke Skywalker is missing when the galaxy needs him most. It's up to Rey, a desert scavenger, and Finn, a defecting stormtrooper, to join forces with Han Solo and Chewbacca in a desperate search for the one hope of restoring peace to the galaxy.