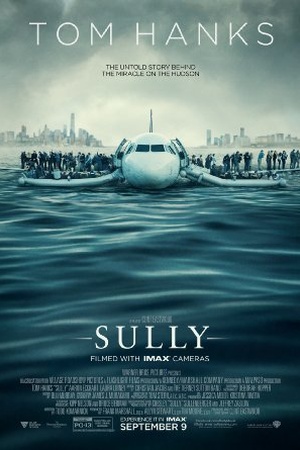 Is Sully on Netflix United States?

Sorry, Sully (2016) isn't available on Netflix United States, but is available in a different country. Still want to view it? click here.

Shortly after takeoff, an Airbus 320 crash-lands on the Hudson River. There are no fatalities, but the captain faces scrutiny and the glare of fame. On January 15, 2009, the world witnessed the "Miracle on the Hudson" when Captain "Sully" Sullenberger (Hanks) glided his disabled plane onto the frigid waters of the Hudson River, saving the lives of all 155 aboard. However, even as Sully was being heralded by the public and the media for his unprecedented feat of aviation skill, an investigation was unfolding that threatened to destroy his reputation and his career. The story of Chesley "Sully" Sullenberger (Tom Hanks), an American pilot who became a hero after landing his damaged plane on the Hudson River in order to save the flight's passengers and crew.