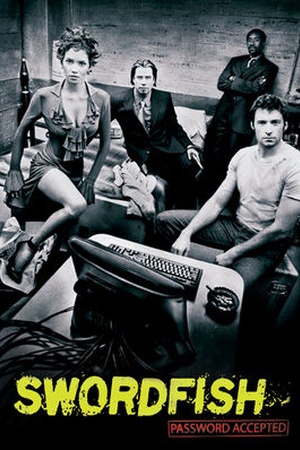 Is Swordfish on Netflix United States?

A covert counter-terrorist unit called Black Cell led by Gabriel Shear wants the money to help finance their war against international terrorism, but it's all locked away. Gabriel brings in convicted hacker Stanley Jobson to help him. Determined to get his mitts on $9 billion in a secret DEA account so he can fight terrorism, a rogue agent recruits an encryption expert to hack in.