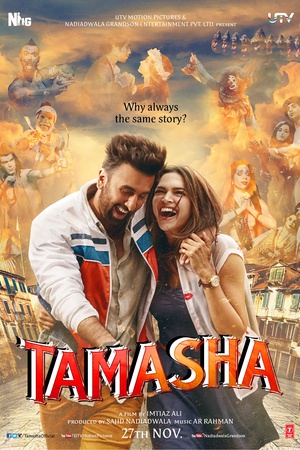 Is Tamasha on Netflix United States?

Tamasha is about the journey of someone who has lost his edge in trying to follow socially acceptable conventions of society. The film is based on the central theme of abrasion and loss of ... Meeting while on vacation, Ved and Tara sense a connection but vow to keep their real identities a secret. Years later, their paths cross again.