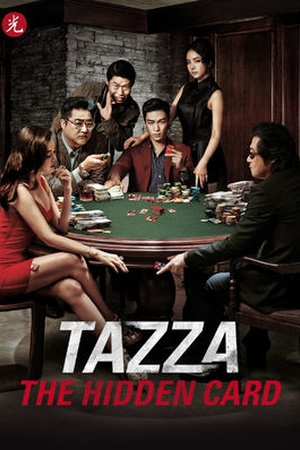 Is Tazza: The Hidden Card on Netflix United States?

Sorry, Tazza: The Hidden Card (2014) isn't available on Netflix United States, but is available in a different country.

Go-ni's nephew, Ham Dae-gil, enters the gambling underworld only to be used as a scapegoat in a deal gone wrong. Now he's planning his revenge by entering one big fatal game. Natural-born gambler Dae-gil enters the world of high-stakes 'hwatu' in Seoul, only to be double-crossed, indebted to a gangster and forced to run.